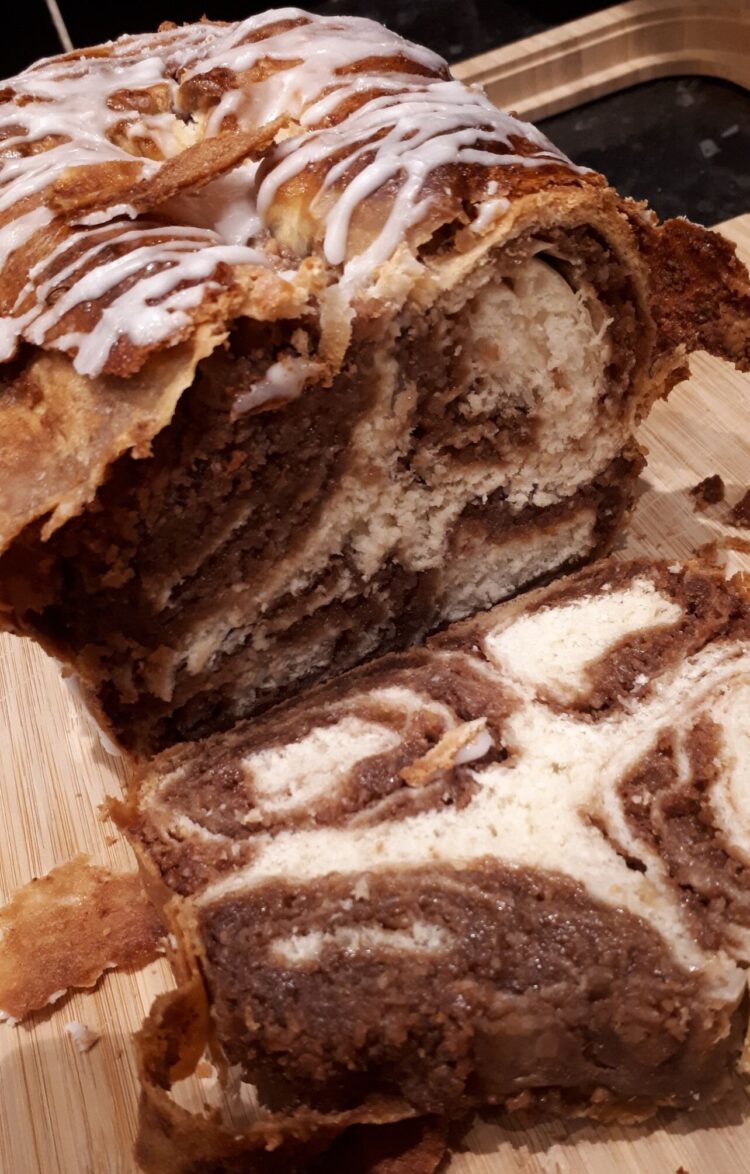 I think this was the most bizarre method of baking I’ve come across so far and I actually quite enjoyed it. Here’s the recipe: https://www.bbc.co.uk/food/recipes/povitica_92623

First of all I made a very sticky dough. I’m glad it was in the stand mixer because it was extremely sticky. Here are before and after proving photos: 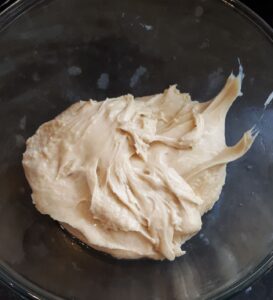 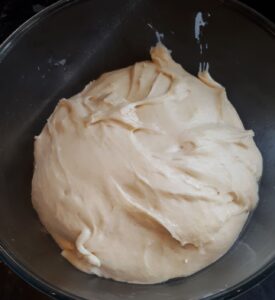 While the dough was proving I made the filling with walnuts, sugar, milk, butter and coco powder. It looked a bit unpalatable but it tasted good: 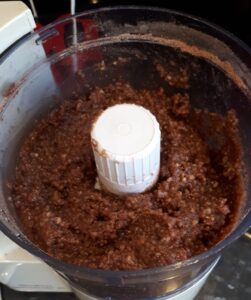 The other thing I had to do was to prepare a bed sheet. I spread it out across the table and used my sticky roller to make sure there were no fluffy bits that might stick to my dough. I also covered it in flour to make sure that absolutely nothing would stick to it. I looked up another few recipes to make sure that this was the only way and that Paul Hollywood wasn’t tricking us but he was right.

After the dough had proved it needed to be rolled out to a large rectangle (50 x 30cm) and spread with melted butter. 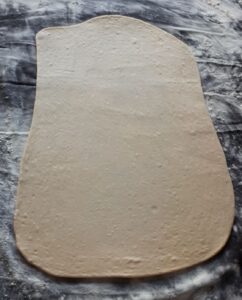 Then I had to stretch the dough until it was nearly transparent – to around 1 metre x 60cm. I didn’t manage to do this without tearing but it wasn’t completely covered in holes: 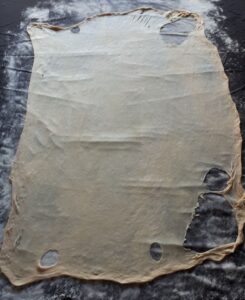 I should have put a tape measure next to it to show the difference in size but you’ll just have to trust me.

Next I had to spread the filling over it. I added a bit more warm milk to make it more spreadable as it was quite thick, but this wasn’t an easy task. I gave up using a spatula and used my hands to try and get it spread even. It wasn’t perfect but I’d had enough at this point and was worried about making more holes: 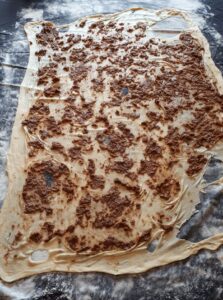 Then I needed to use the bed sheet to help me roll it. This was actually really easy and I was really pleased with how it looked:

This then needed to go into the buttered bread tin. It was a bit fiddly getting it in bit I managed. It then had to prove for another hour but the before and after didn’t look very different so you only get to see the before: 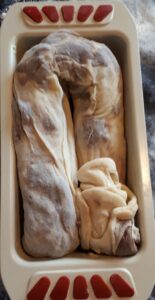 I then brushed it with egg white and baked it for an hour. I was really excited when I saw how much it had risen and how pretty it looked. It was also really easy to remove from the loaf tin so no breaking. After it had cooled I haphazardly drizzled some icing sugar on and here’s the end result: 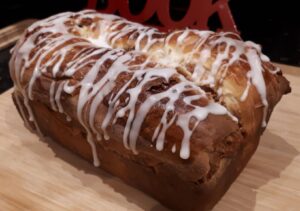 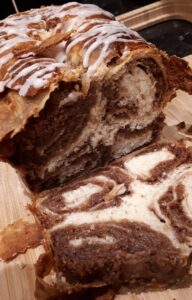 I think that top left spiral was where there was a hole, but other than that it looked pretty good!  It took a lot of time to do and spreading the filling was a lot of effort, but I think I’d make this again. It would also be interesting to try some different fillings too. I think it tasted good and I had positive feedback from my taste testers.