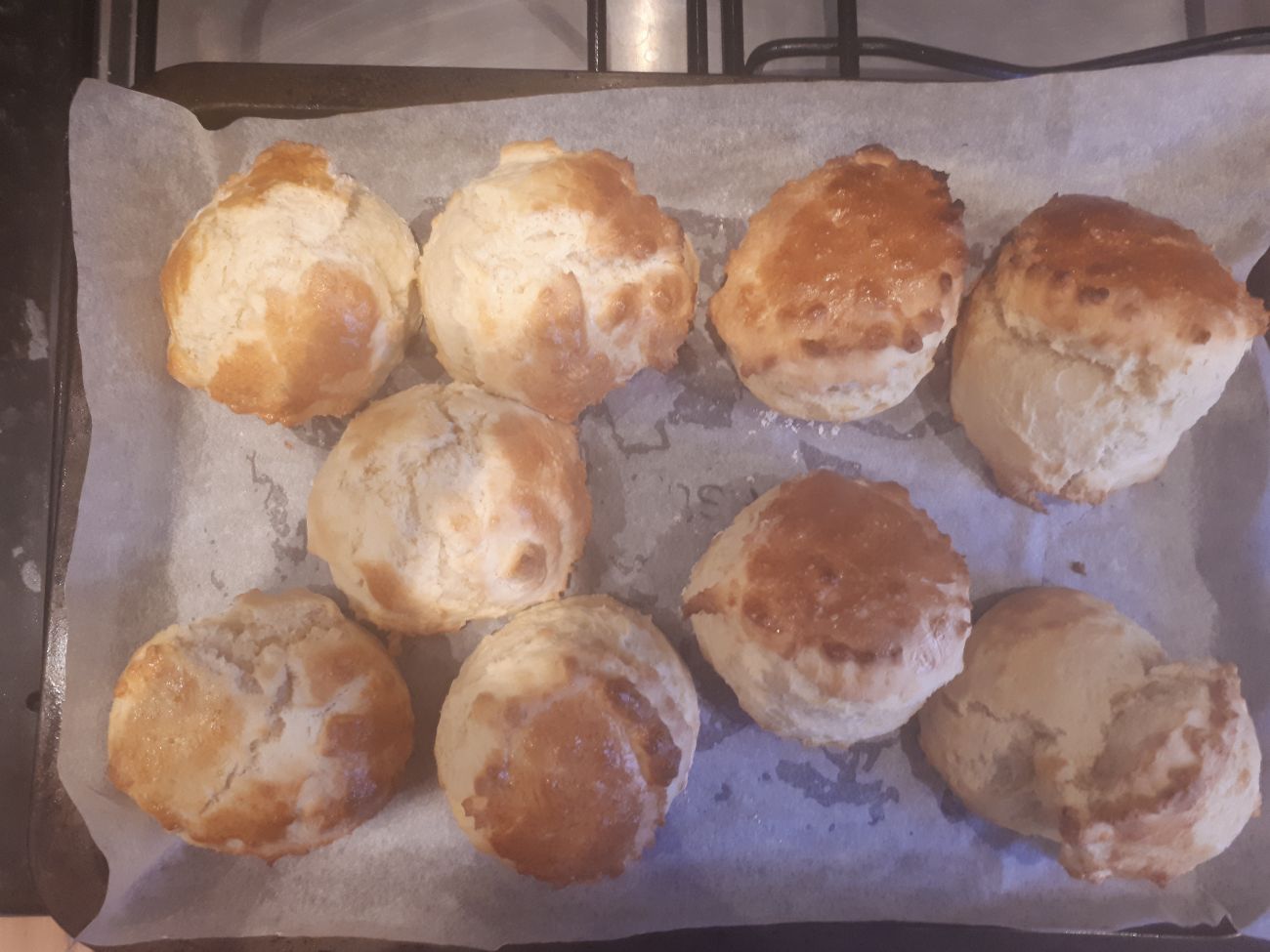 Time given to the bakers: 1 hour

Time I took to bake: 55 minutes

I hadn’t made scones for years before this challenge! The last time I tried I failed miserably and ended up with some biscuit type baked goods so didn’t bother trying again. I used to make cheese scones quite often when I was a child, I also remember making scones at school but I don’t think I could draw from these experiences.

My parents invited us over for a curry on the weekend so I decided this was a good opportunity to make these scones, knowing that my family will at least appreciate my efforts if I did a bad job!

Here are the ingredients I used: 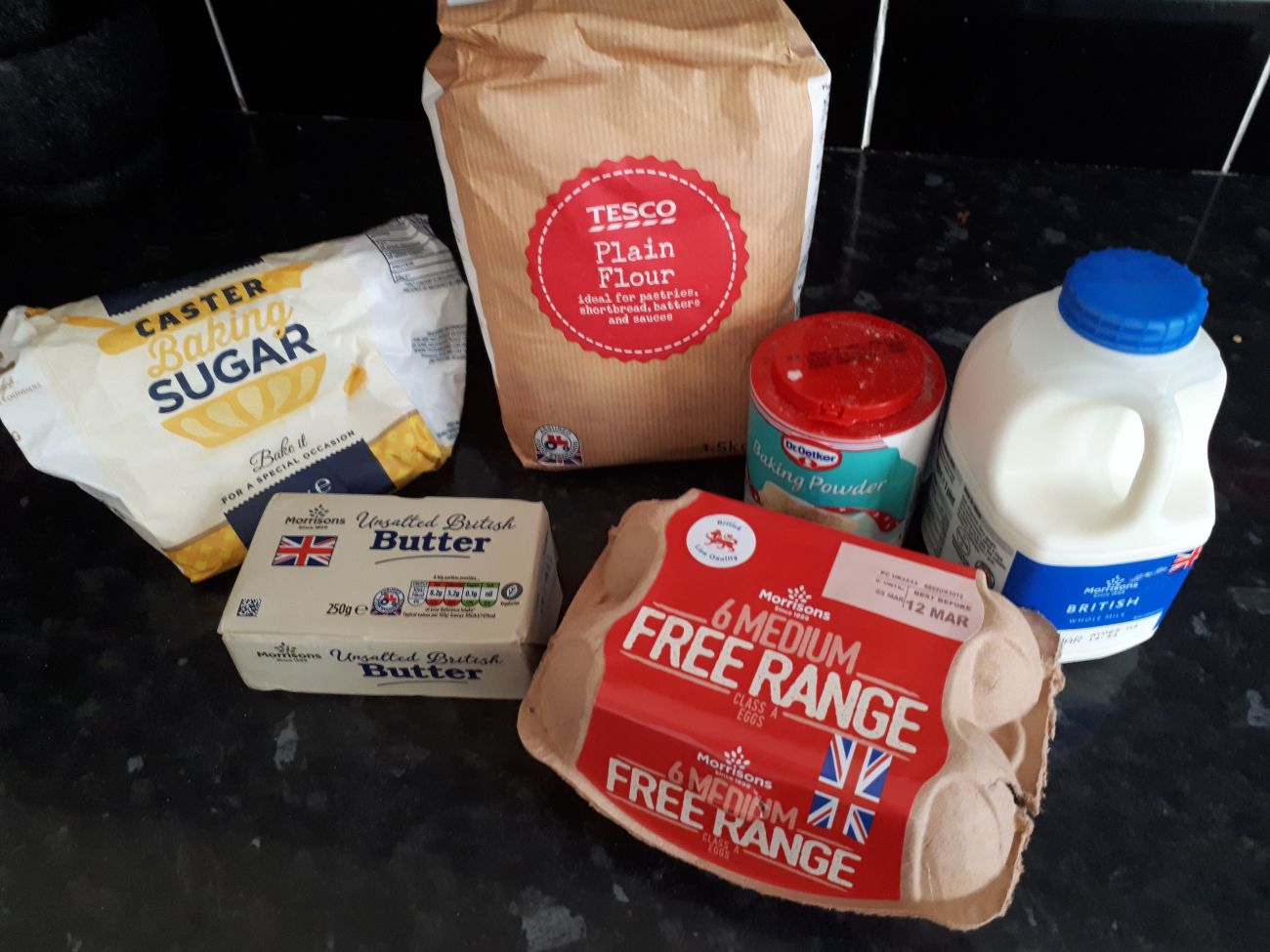 The recipe said to use strong, white flour, but I didn’t have any so I just used plain flour. I thought that since the recipe had 5 teaspoons of baking powder in I probably wouldn’t need self-raising flour!

I think I added too much milk to my dough. The recipe states that not all of the liquid would be needed but I like to follow the rules so threw it all in anyway. This was a big mistake. The dough was much too sticky and I made a big mess! I had it all over my hands, stuck to the work surface, on my bag of flour, on my kitchen tap, everywhere. This meant that it was really difficult to work with, really difficult to roll, to cut the scones out of the dough and to clean up afterwards! I ended up adding a lot of flour to counteract this, despite Paul Hollywood warning against this in the show. Here are the messy and unattractive scones before I baked them: 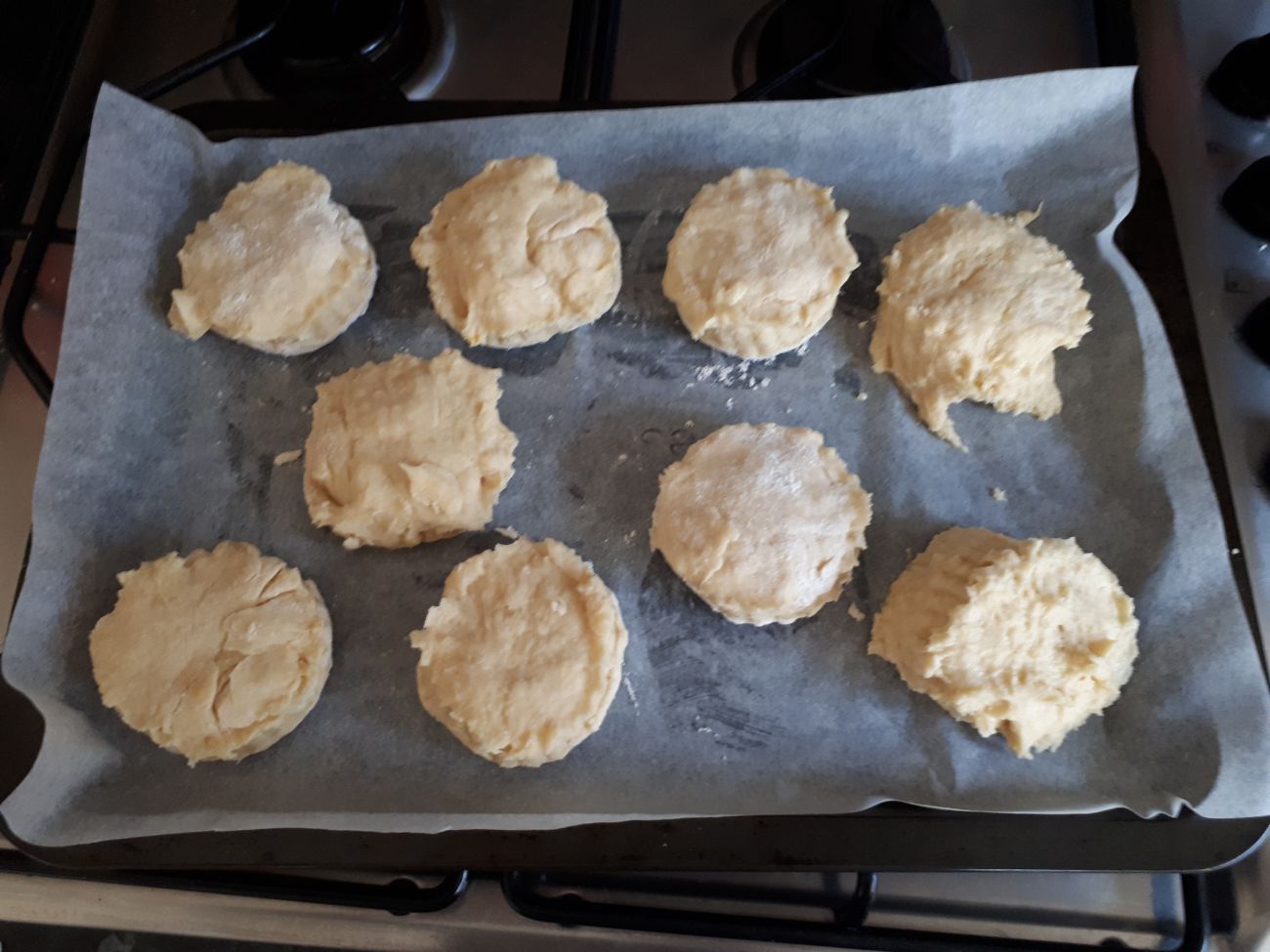 The two on the right were cut before I added a lot more flour, they were very sticky and I couldn’t handle them or move them at all at this point! I baked these for 15 minutes and this is how they came out:

The two dodgy ones on the right look like they were falling over but the others looked edible! I made them more edible with jam and cream (I put the cream on first, sometimes I put the jam on first, I don’t judge anyone else’s choices on this matter!) 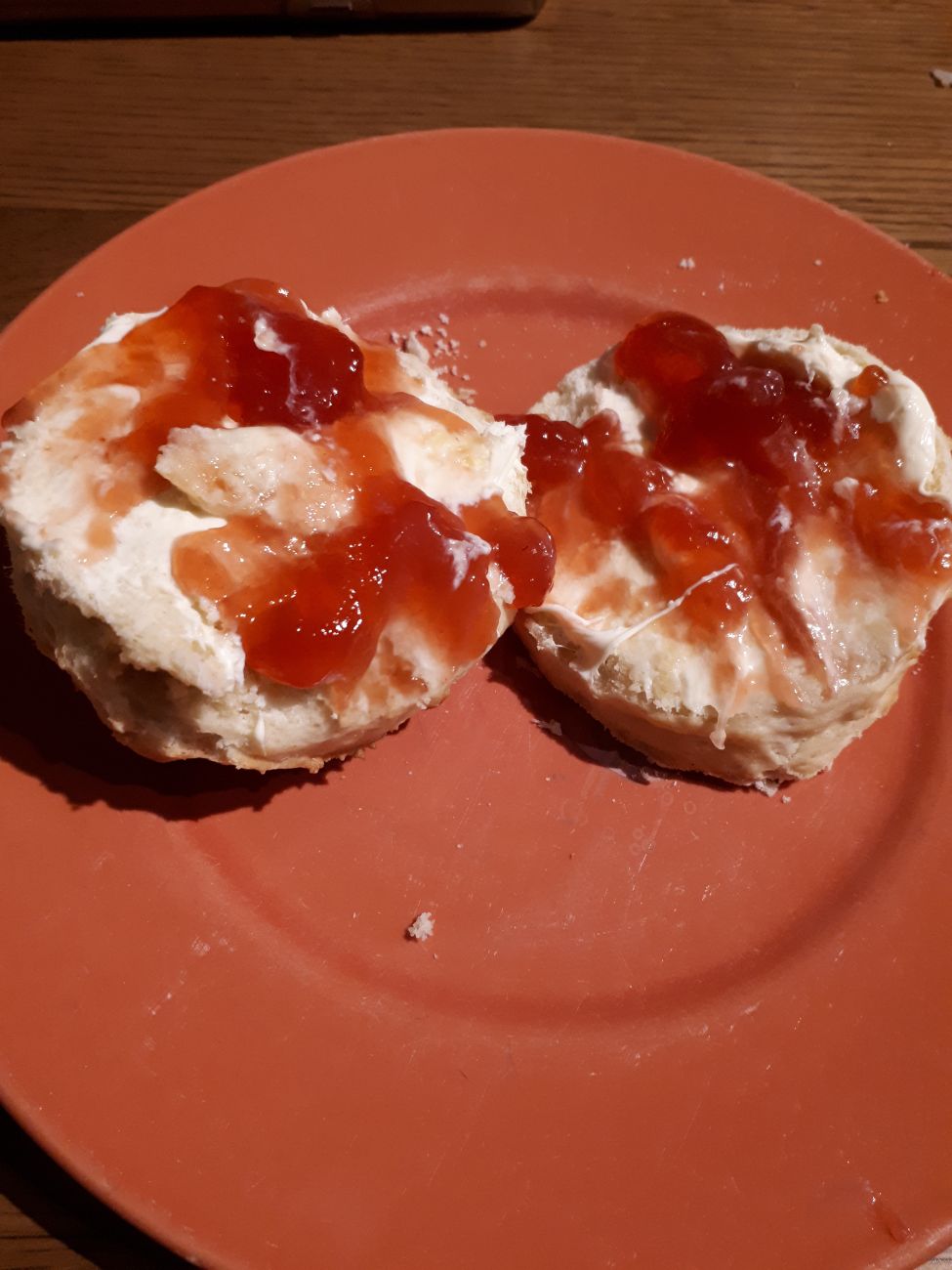 Verdict: Despite the manhandling of the dough and the messy kitchen they actually turned out pretty good. Everyone who tried them told me that they were delicious (I like to think they’d tell me if they weren’t good, I did push for honest opinions). They didn’t taste so great the next day, a little bit dry, but overall I enjoyed them. I don’t think I’ll be making this recipe again any time soon, maybe if I change my mind I’ll consider putting in less milk. Or I might see if I can find the cheese scone recipe from when I was a child! If anyone has a less awkward scone recipe then feel free to let me know!