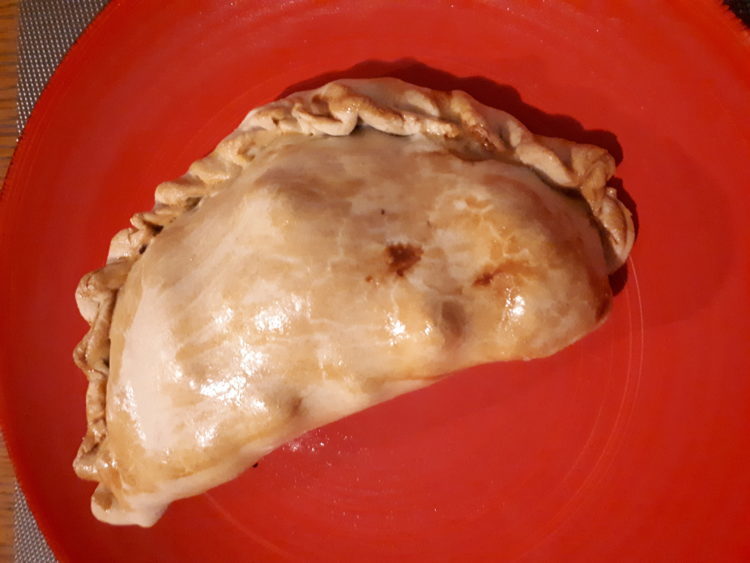 Time given to the bakers: 90 minutes

Time I took to bake: Just over 3 hours!

The pastry isn’t like any pastry I’ve made before. Usually I’d try to work the pastry as little as possible, but this one required kneading to soften it up. I had a lot of trouble with this, it was much too crumbly and difficult to work with. I eventually managed to get it soft enough but I felt like I’d maybe worked it too much, it took me about half an hour. I wondered whether this was because I used vegetable suet instead of beef suet, I’ve had a google but I can’t see anyone telling me it would make a big difference.

This went in the fridge for half an hour while I prepared the filling. I used braising steak as I couldn’t find beef skirt in the supermarket and assumed this would be fine.

Assembling the pastries was quite fun. I had a look at some YouTube videos about how to do the crimping and it’s pretty easy to get the hand of (there are also some videos on the BBC website under the recipe). They weren’t the tidiest of pasties but I was quite pleased with myself. Here they are before they were baked. 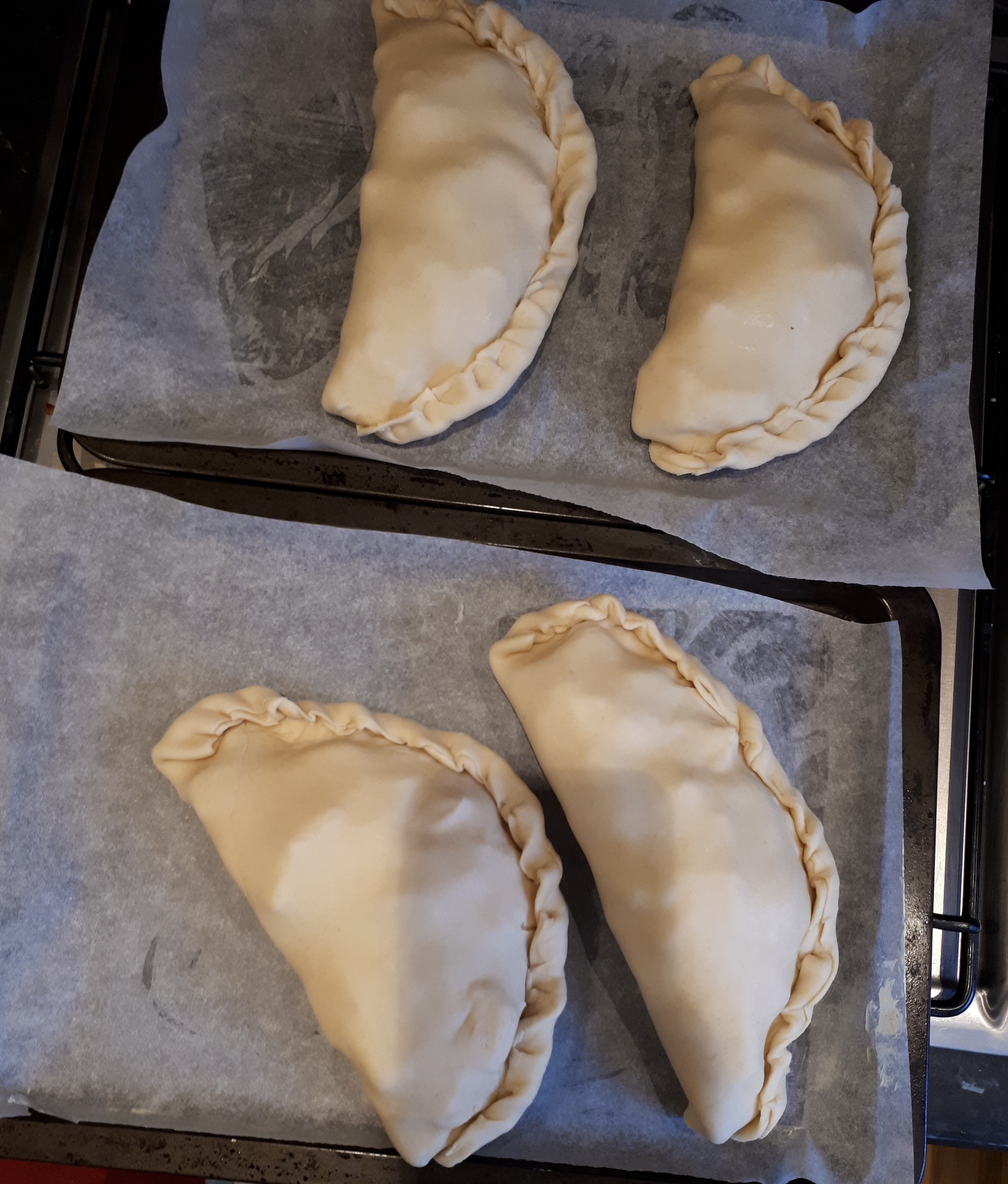 They weren’t perfect but I managed to get a lot of filling in there! The baking time was over an hour, I don’t know what was wrong but they weren’t going golden like they were supposed to. Here they are after being baked. 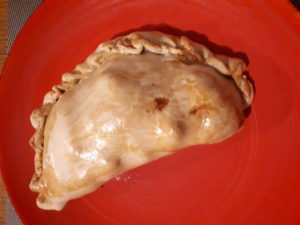 The pastry was tough and the filling was dry, I had mine with gravy and my partner had his with baked beans, I was really disappointed with these. After I ate one of these, I watched Paul Hollywood’s video on how to make Cornish pasties. I don’t see what I did wrong, I maybe could have been a bit more generous with the egg wash, though he did say to leave them to cool a little before eating them. We had them the day after and warmed them in the oven for a bit and they were much better. I still had to cover mine in gravy but maybe the extra day did them some good.

Maybe because I was already tired when I started making these, but these really took a lot out of me physically. I spent too long working a very stiff dough and I felt it the next day! I think if I were to make Cornish pasties again I’d find another recipe to try. I have no idea how the bakers on the show managed this in 90 minutes, I am going to give the blame entirely to the ingredients because that makes me feel better about it.

That is series one OVER! There wasn’t a technical bake in series 1 episode 6, so although I’ve only done 5 so far, I’ve actually finished a whole series! I didn’t actually think I’d get this far but I’m so glad I’ve followed through with my promise to do these. I’m really looking forward to the next few bakes so hopefully I can finish series 2 too!

I have an Instagram account if you want to see my baking not related to the GBBO, my cat or my sewing.