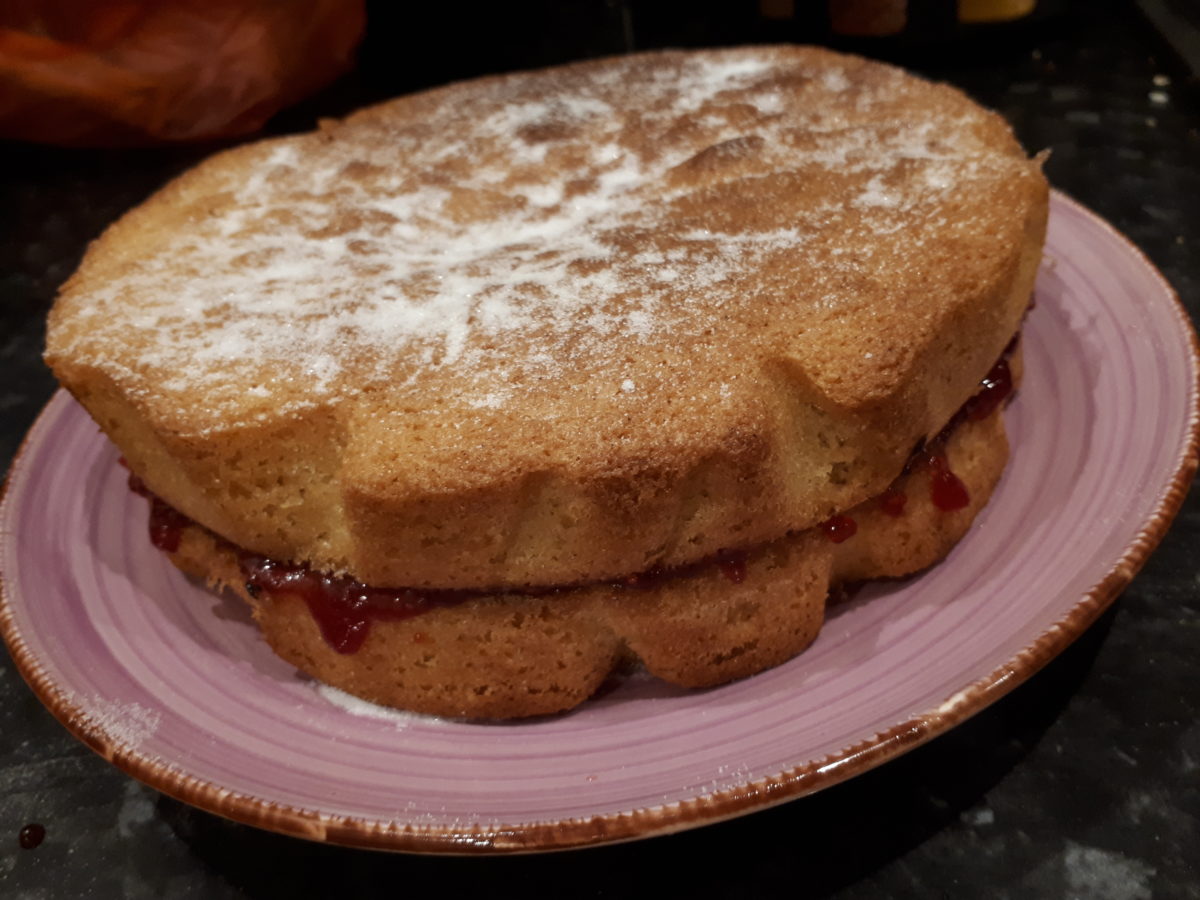 Time given to the bakers: Unspecified

I didn’t watch the first series of GBBO when it first started. I watched it a few years later and couldn’t believe how easy they had it in series 1 compared to the later ones. The first technical challenge didn’t even have a time limit!

I’d been putting off starting because I’ve made Victoria Sandwiches about a million times. I had tried Mary Berry’s recipe for it before too and it just didn’t work out for me, I found it quite dry. I was also slightly disappointed that they only had jam in the middle, whereas I usually like to make mine with a thick layer of cream with strawberries too. However, I’d set myself this challenge and I had to start somewhere!

I had some friends coming over on Saturday night to celebrate a birthday so I couldn’t think of a better reason to start.

Here is the recipe I used.

Since I’d been disappointed with this particular recipe before, I decided to use Stork margarine instead of butter to see whether this made any difference. Here are all of my ingredients getting ready to be beaten and baked:

I used the all in one method, I usually use the creaming method but I think I’ve been converted! My advice is to not beat the ingredients for too long, the science behind this is that the flour will create gluten strands and make the cake dense.

Here is my finished cake!

Personally, I think it looks a bit sad. I’ve never been someone who takes a lot of effort with cake appearance unfortunately, I got a bit lazy with lining the baking tins so the paper has left marks in the edge of the cake. It just makes it look more “rustic” I like to think. The top cake sunk slightly, I think this is because I opened the oven door too early. This was baking for 30 minutes but I checked it after 20.

Here is the more mouth watering picture of a slice: 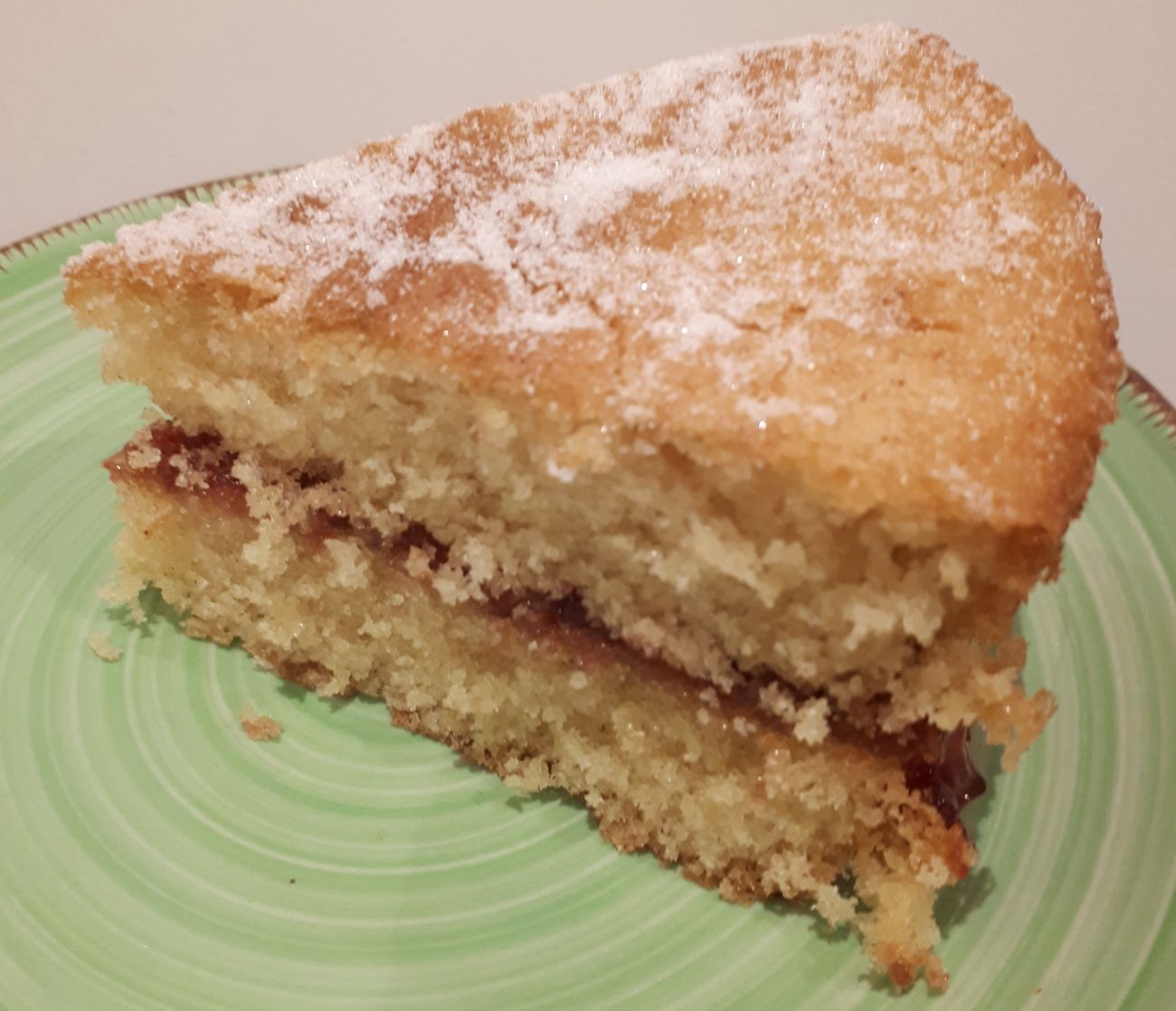 Verdict: Delicious! Really moist and it was still slightly warm when we ate it so I think that made a difference. I will definitely be switching to this recipe in the future and using margarine! I’m really glad that this was a success, I had positive feedback from my friends, including one wanting a second slice! I cut it into 8 big slices but it could definitely feed at least 10 less greedy people.

I will be making this cake again this week for a colleague who’s leaving at work. I’m adding buttercream and strawberries this time though! I’ll take more care with lining my baking tins too by lining just the base.