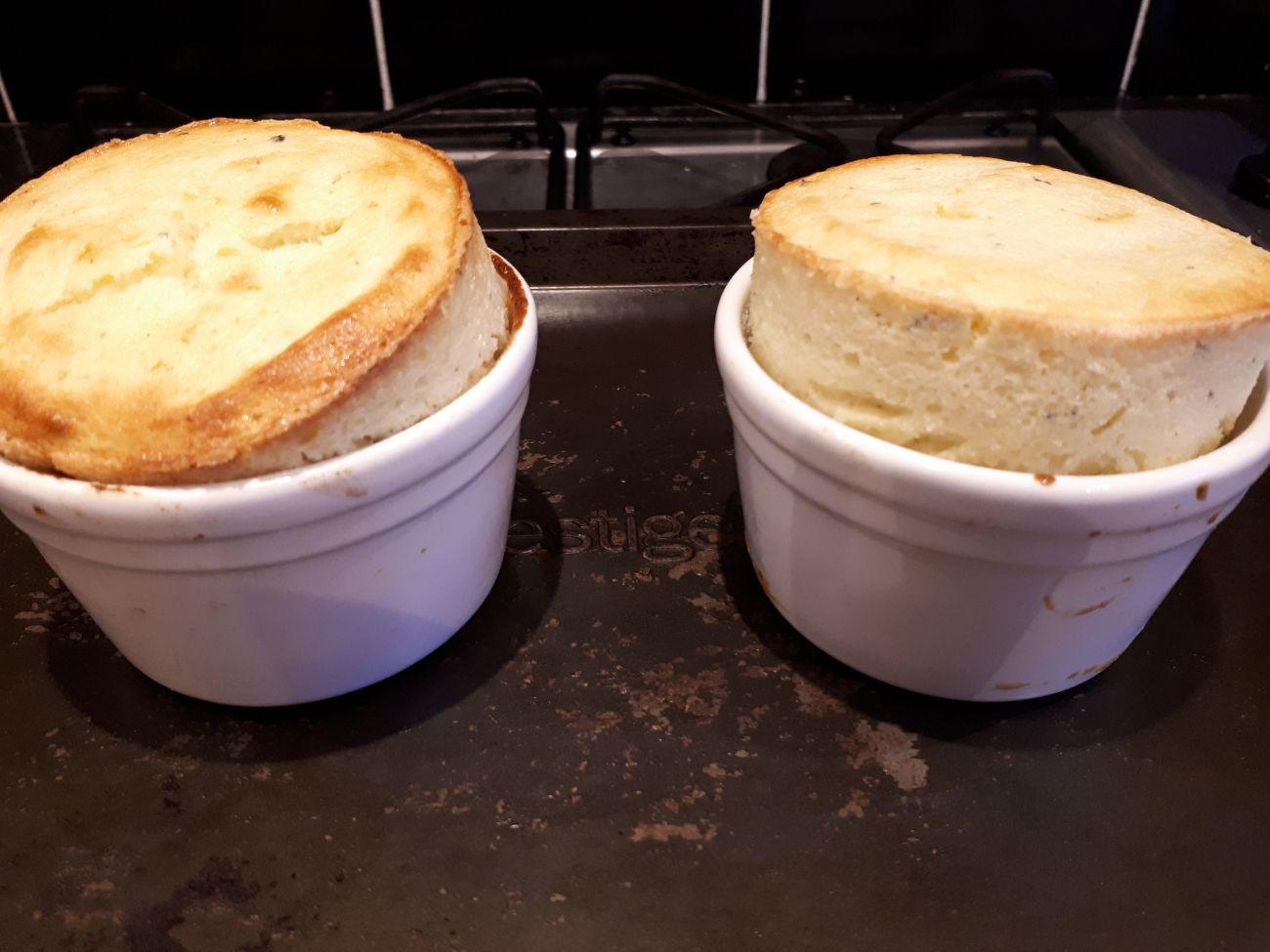 Time given to the bakers: 40 minutes

Time I took to bake: About 30 minutes preparation, 14 minutes bake time with some cooling off time in the middle.

Before this challenge, I’d only ever eaten a soufflé once. It was a cheese one at a Café Rouge many years ago. I remember that I liked it, I thought it was cheesy and eggy but don’t remember anything else apart from that. I was really excited about making these because I knew they’d be a challenge. I had some friends round for a board game night so decided they were the “lucky” victims of this baking challenge.

The recipe I used was so simple and easy to follow. All of the ingredients were measured with spoons so I didn’t need to weigh anything out, which was pretty lucky considering the batteries for my digital scales have run out and I haven’t got round to replacing them yet. I think this was a great time saver as I could just add the ingredients as I went along without having to find a new bowl to weigh them in. I did, however, end up using about 3 different mixing bowls for this, plus an extra one to keep my spare egg yolks in (before having them for breakfast the next day).

My crème pâtissière was definitely too runny as I was a bit worried about over cooking it. I didn’t feel like I was folding in the egg whites, more just gently mixing. I realised that the light in my oven was broken so I couldn’t actually see what was happening inside, I had to put a timer on for the recommended time and hope! I think my ramekins were too big, there wasn’t enough mixture to fill them to the top so this is how they looked before I put them in the oven: 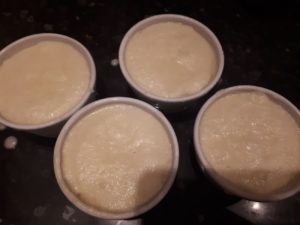 and this is how they looked after 14 minutes: 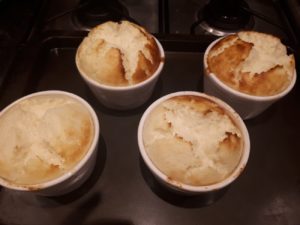 I know they don’t look like soufflés are supposed to look but I was really pleased that they rose! I think the too runny mixture was possibly to blame for the strange rise and my oven must have an uneven temperature based on the differing colours. The top was light and fluffy but the bottom was quite runny, I’m not sure if you can tell with this photo: 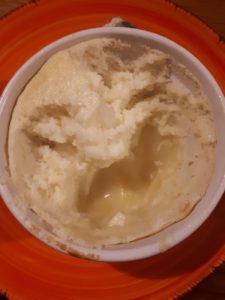 They tasted amazing, I’m not sure whether soufflés are supposed to be so runny in the middle but I loved them. So much so that I decided to make passion fruit soufflés the next day…. I scooped out the inside of 3 passion fruits and extracted the juice by putting it into a sieve, then halved the recipe above and substituted the lemon for the passion fruit juice. This time I made sure that I cooked the crème pâtissière properly and it really made a difference. 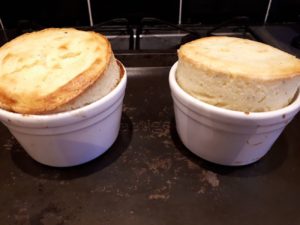 They look like the soufflés on Google! I was really pleased with them. The passion fruit flavour didn’t really come through very well, I think they were a little too sweet so maybe if I were to make these again I’d try them with a bit of lime to sharpen the flavour.

I think I actually preferred the first batch I made, even if they were too runny. I’m going to have to try a soufflé from a real chef to see what sort of texture I should be aiming for. I’ll probably make these again, they really weren’t as much hassle as I thought they would be and I actually quite enjoyed making them.