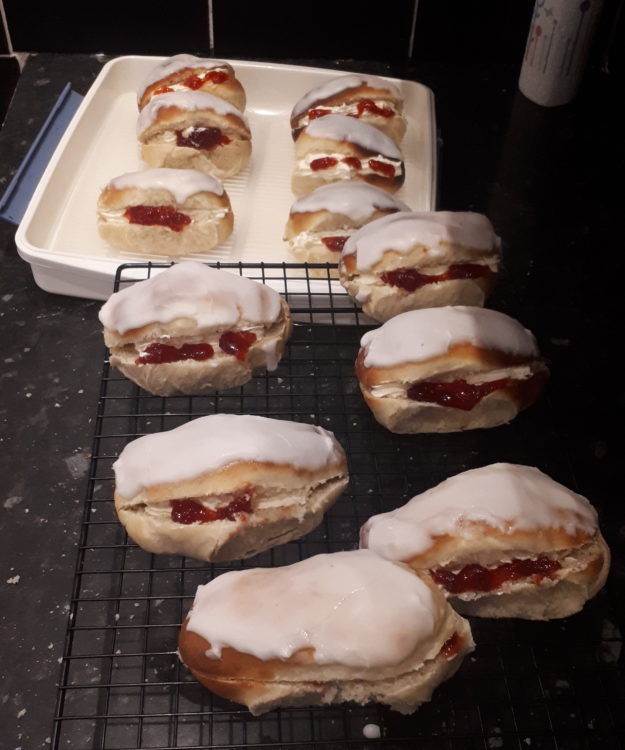 Last week I realised that series 2 of the GBBO had videos with Mary Berry and Paul Hollywood  making all of the technical bakes from the series. I hadn’t watched any of them before but I decided to be a little bit cheaty with this bake and have a look. I think it helped me with decorating them but overall, the recipe tells you what to do anyway.

When kneading the dough it was very sticky (Paul Hollywood loves a sticky dough) so I ended up adding quite a lot of flour as I went. I was also trying to Instagram live my kneading, which made the task more difficult. If you missed the Instagram video then tough, pay more attention next time. 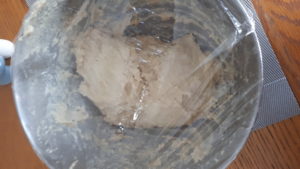 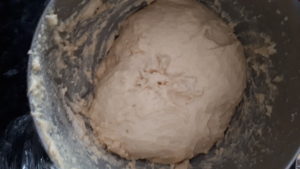 It’s so satisfying seeing it grow! It was important to divide the dough into 12 equal sized pieces so for the first time every in my life, I weighed them as I was dividing them. I think my baking sheet was a little small so they ended up being a bit short and fat, but I don’t judge rolls like some people do, I’ll eat any shaped bread. Here’s another pre and post proving shot: 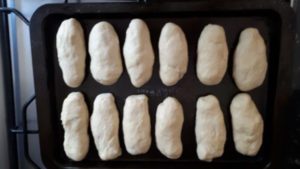 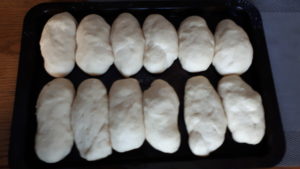 As you can see, they might all be the same weight but they’re definitely not the same shape! I really need to work on my presentation! Here they are fresh out of the oven and smelling delicious (sorry, no smellovision here). 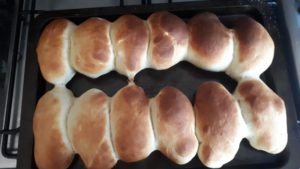 A little bit over done on one side, but overall they looked pretty good I thought! Decorating them wasn’t too much of a challenge. I managed to get the icing just right. The only problem I had was that I didn’t have quite enough cream so some of them weren’t completely filled. Here they are all finished: 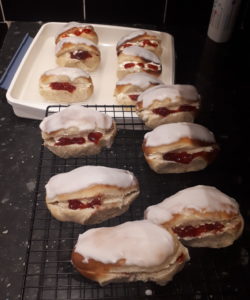 The one at the front there has no cream in, I made it especially for someone who doesn’t like cream (I know). They all look completely different! I am really not good at consistency! This is something I need to work of. It doesn’t really matter because this isn’t a competition, it’s just for fun, but I would like them all to look the same just once!.

Here are some opinions of my iced buns:

“Your iced buns were so delicious”

“I’d give you the Hollywood handshake”

“Wish we had more”

“Tastes better than the ones you’d get in the shops” (several people said that).

“I’ve only had iced buns at school so I would say they are much better than an iced bun you would get in a school, because I didn’t like the ones at school”

The next bake is a Sachertorte from the final! I’m so excited to have nearly finished series 2! I’ll make a confession…. I’ve already baked it but won’t get to taste it until tomorrow.