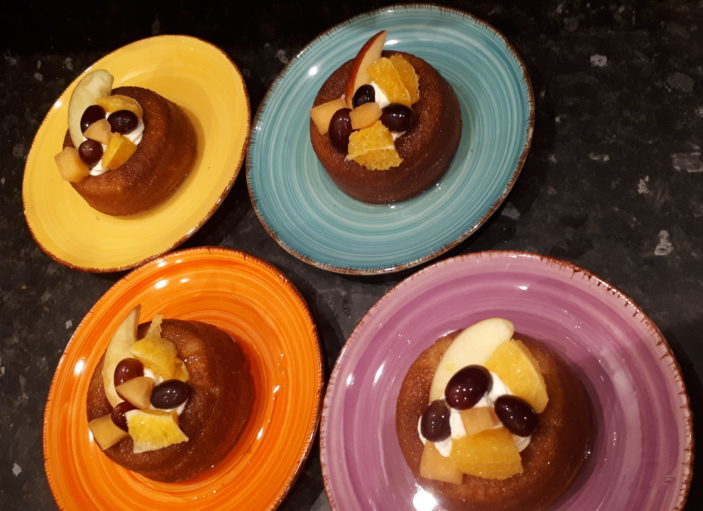 I did say that I’d have a break between the end of series 2 and the start of series 3, but I was too excited to get started again. I’ve had a quick look at what’s in store for us all to enjoy for this series and have definitely noticed that the challenges are becoming more difficult, hopefully I can keep up!

The first challenge here was finding baba tins. I did think about customising something for this, but wasn’t really sure how. After much searching and deliberation I bought some from Ebay which turned out to be not very expensive. Hopefully I’ll find a reason to use them again!

Rum babas are made with a yeasted dough. It requires kneading for 10 minutes and since this is a Paul Hollywood recipe, the dough was sticky and difficult to do anything with. Imagine kneading a slightly thick cake batter and you’ll have the idea. However, since I anticipated this after having worked with several of his recipes before, I was mentally prepared.

I found that the dough didn’t rise a lot after proving. I didn’t have time to leave it for any longer so I just went with it and hoped. Here’s the dough after an hour of proving. 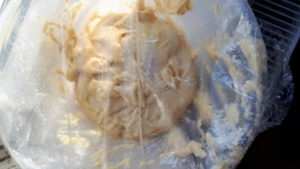 This was then piped into the baba tins and left again. I left it for abut 40 minutes, there aren’t clear instructions on the recipe for this but they had risen a little bit and I needed to get them baked (I should have given myself more time!) 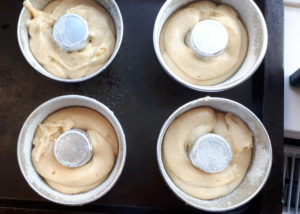 The tins were very well sugared, John Whaite used salt in his tins by mistake so I was hoping mine would taste better than his. After 20 minutes in the oven they looked like this:

They’d risen a lot but not quite to the top, which I think was a good sign. With bated breath I upturned one of the cakey treats. I gently tapped on the base of the tin and hoped beyond hope for a successfully executed baba retrieval…

It worked! For all of the cakes! I rejoiced!

The syrup was easy to make, there was a second where it went from cloudy to clear which got me a little bit excited. I used a spiced rum rather than a normal dark rum, since this is the rum I usually have at home and didn’t want to buy more especially for this. Not all of it was soaked into the babas but most of it was. The chantilly cream was pretty easy to make too (although vanilla pods are expensive! I think extract would have been a valid substitute!) Here are the babas plated up and ready to be eaten: 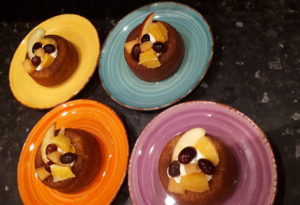 I’m quite proud of how they look! They’re pretty similar and I tried to do something pretty with the fruit but there wasn’t a lot of space. I’m not sure what rum babas are supposed to taste like but I found them to be VERY sweet. I thought maybe they were a little bit dense, but still tasted pretty good. Here are some opinions from my tasters.

“They’re like rum babas I’ve tasted before. I’ve had them at Turtle Bay and these ones are better than those were”

I’m really excited about making an 8 strand plaited loaf next. I might practise on my hair.