I made these a couple of weeks ago but didn’t get round to updating this, so apologies if this isn’t as detailed as I’d have liked it.

The recipe called for 7.5 cm wide half sphere moulds, which I didn’t have. I scoured the internet but just couldn’t find any the exact correct size, I ended up getting 7 cm wide ones, maybe they’re just a bit of an unusual size? I thought these things usually came in standard sizes but apparently not. 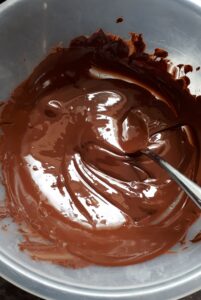 This was then coated on the inside of the moulds. It’s really difficult to tell how thin or thick the layer of chocolate is. I wanted it to be just right but just sort of winged it. I don’t have any tips but if you have any for me then I’d love to know them. 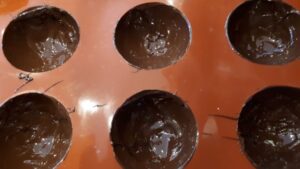 That took probably more time than it needed to! Here’s a photo of the biscuits: 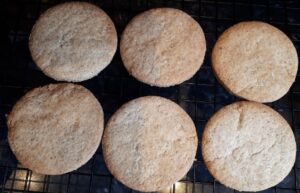 The recipe wanted wholemeal flour but you can’t be picky about flour at the moment so I used wholemeal rye flour instead. It had plain flour in it too so I decided it would be fine (it was). I had another size issue with these, I didn’t have the exact right size biscuit cutter for the mould so decided rather than going smaller and having to fill up gaps with chocolate, I’d go bigger. I still had a lot of dough remaining for at least 2 more biscuits, so maybe I made them too thin. They looked thinner than the photo on the recipe but I wasn’t thinking about that at the time.

The marshmallow was fun to make. I find it really satisfying when you get the peaks just the way you want them. 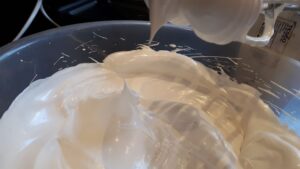 So I had loads of marshmallow to go into these half spheres, then the biscuits (which I’d covered in chocolate) and then fill the gaps in with more melted chocolate. Sounds easy right? 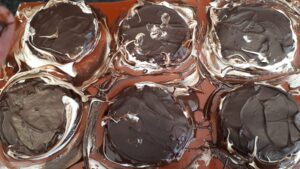 What a mess! It was at this point I began to question my life choices. The biscuits were definitely way too big and there was LOADS of marshmallow left over. Honestly, this recipe could do 8 teacakes I think. I ended up making a weird biscuit with the extra biscuits and marshmallow and still had loads left over! I did tidy that mess up a bit before leaving it to set,  I hoped I could save them a little bit! When turning them out, the recipe says to be careful not to leave fingerprints on the glossy dome but I think this was the least of my worries appearance wise. Sometimes I think that Paul Holllywood is just having a laugh with some of these recipes.

Turning them out was pretty easy, here they are. 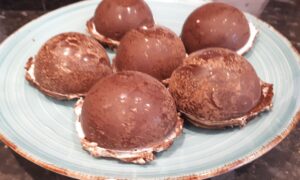 I think only 2 of them hadn’t attached properly to the biscuit. As you can see, I didn’t have any problems with fingerprints on the glossy dome because my domes were far from glossy. I think this was because when I was melting the chocolate I left it for too long while making the biscuits, I should have kept a closer eye on it. The marshmallow is leaking a bit and the biscuits are definitely too big!

Here is the inside:

As you can see, the chocolate is just the right thickness for a chocolate teacake. I thought they were too sweet for me, eating half at a time was enough. Only one other person tried them and said that they were good but messy. They were very messy, the filling just spilled out everywhere and was very sticky. They didn’t look perfect but I was still pretty pleased that it wasn’t a complete disaster. I’m not sure I’d make them again, if I do I think I’d make less filling and maybe add something to cut through the sweetness.