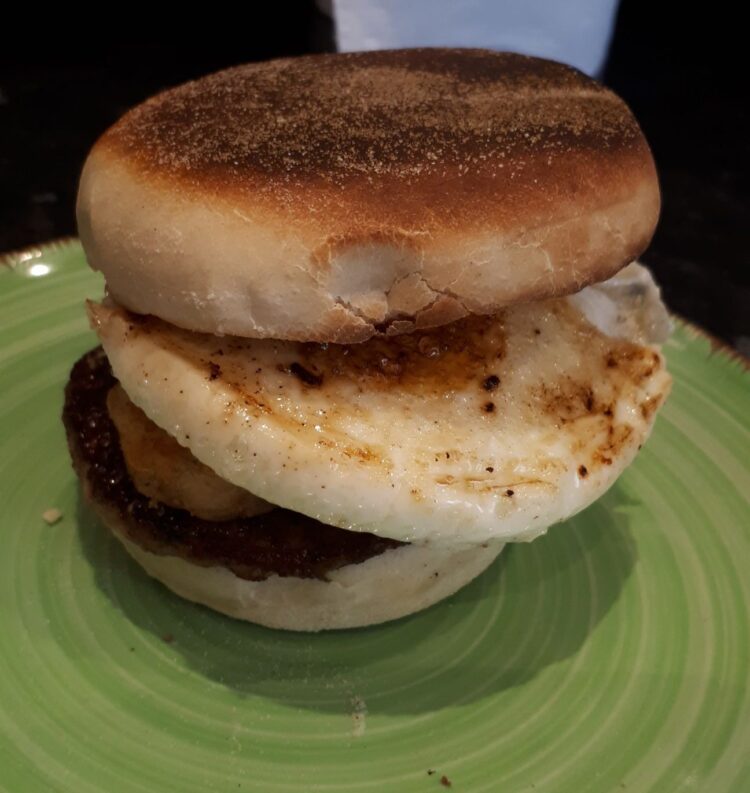 I got up early on a weekend to make these so that we could have them for brunch. We’d already got into a bit of a habit of having muffins for breakfast so this was a good time to make a shop bought / home made comparison.

Here’s the dough after the 10 minutes kneading: 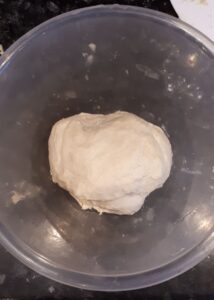 and here it is after it had been proved for one hour, it’s like magic. 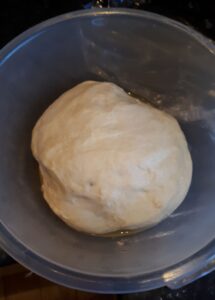 There was exactly enough dough to make 8 of these muffins, but the last few weren’t as round as the first few. Here are some of the prettier ones after proving: 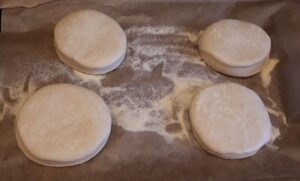 I thought they looked a bit flat so was a bit concerned about how I was going to get the filling inside, but when I cooked them they grew loads. I don’t have a hot plate or griddle so just used a large frying pan. Here they are cooking: 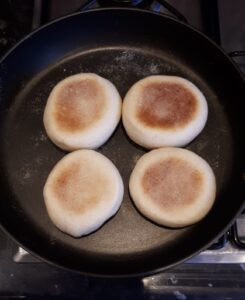 It was quite difficult to work out when they were cooked, but then tried the tapping them to see whether they sound hollow method, which appeared to work. I had mine with a sausage patty, hash brown and an egg, which was probably overkill. Here it is: 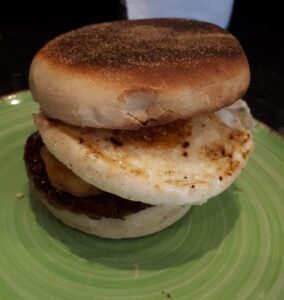 I gave these out to family members and they had various things such as poached eggs, bacon, peanut butter and jam (not all at once).

Feedback was positive, one opinion was that they’re better than the supermarket ones because they’re softer. Overall I thought they were pretty easy to make, which is probably why this isn’t a word heavy blog post. I’m not sure whether I’ll make them again, I’m not sure that the improvement compared to the shop bought ones is worth it really. I’d recommend giving it a go though, even if you’re not a big baker.