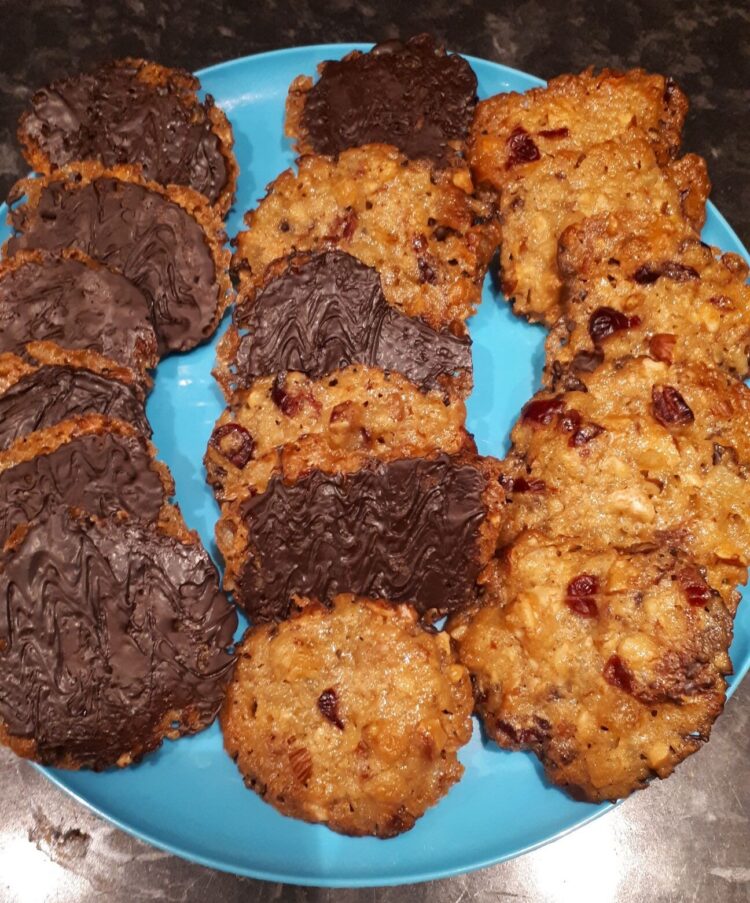 I feel like Florentines are one of those things which I should have tried before but haven’t. Hopefully Mary Berry’s recipe is a good representation of what they should taste like, I assume, of course, that they are. Here’s the recipe https://www.bbc.co.uk/food/recipes/marys_florentines_49833

I weighed everything out and chopped the nuts until they were a size that I thought were about right. Making the mixture was straightforward but didn’t look too appetising: 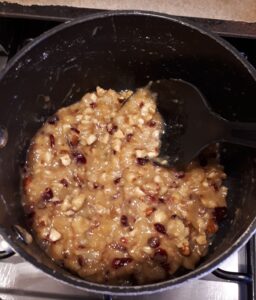 I thought it looked like someone had an accident after too much partying.

The recipe is for 18 biscuits, but this being a Mary Berry recipe, I assumed that there would be more than enough for twice as many. However, I was wrong! I went to the effort of weighing out each biscuit so that they would all be the same size and the spoonfuls of mixture were tiny! No room for mistakes here! Here are the biscuits ready to go into the oven: 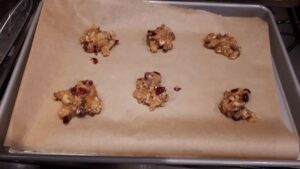 I think I probably should have flattened them a bit but they were sticky and awkward so thought it would just cause more trouble if I tried.

I decided that 200 g of chocolate was too much for 18 biscuits, so melted about half (no regrets here – don’t waste chocolate). I followed the melting instructions and waited for the temperature to drop back down to 26ºC, which took a bit longer than I expected it to, before spreading onto the cooked and cooled biscuits. The chocolate very quickly began to set so I barely had time to mark the zigzag onto them. It might be worth spreading the chocolate when it’s a little bit warmer, but I’m no chocolate expert.

Here are the finished biscuits: 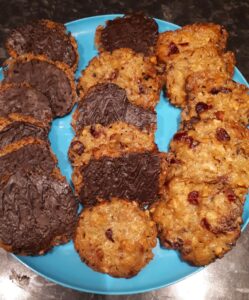 The chocolate side isn’t as neat as I’d have liked but they were all pretty much the same size. They were crunchy on the outside and soft in the middle and people told me they were good. I’ll make these again some time – let me know if you’re going to try making them too (and don’t forget to save me one).