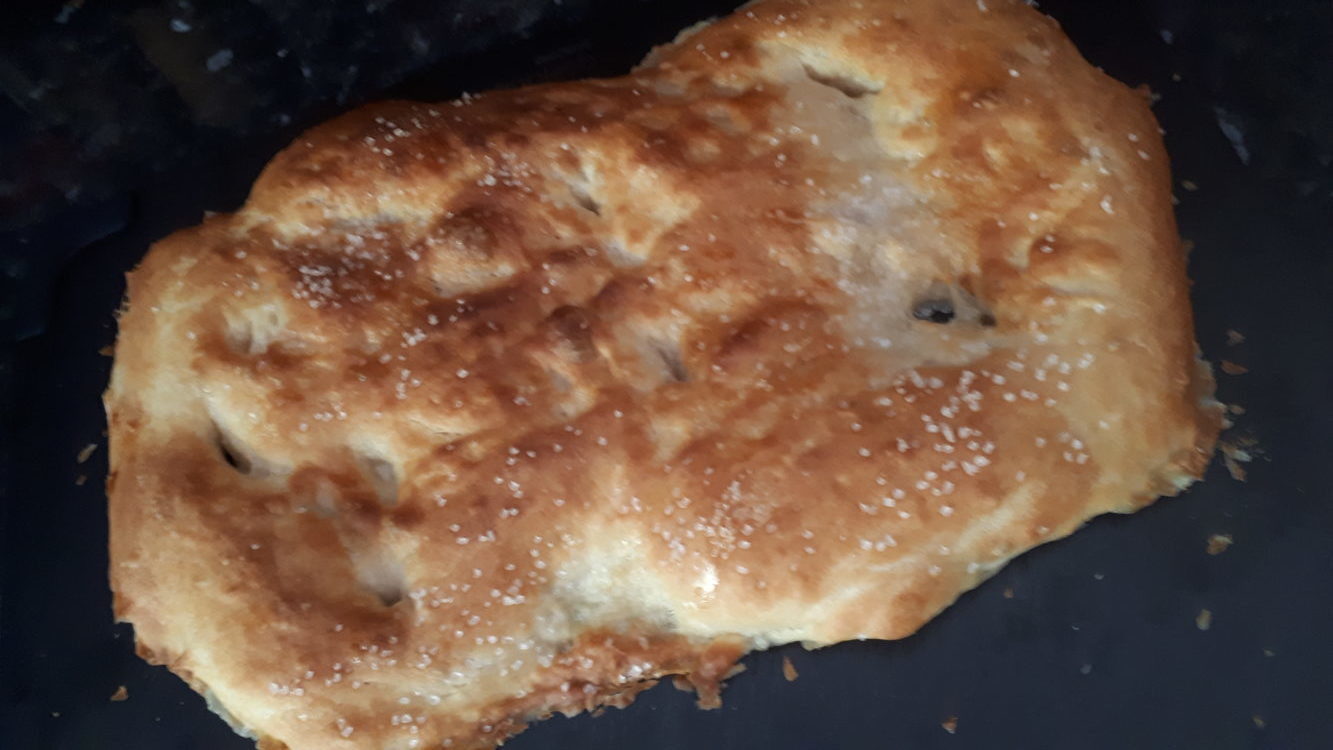 Post 3 of 3 for today! I made this bread yesterday so actually remember what I did, what a treat for your eyes. Here’s the recipe:

The bakers had 3 and a half hours to bake this and I easily finished within this time limit (series 2, too easy). The recipe given here was for 2 loaves, I assume they just halved it for the bakers on the bake off, but I just went with it and made 2 loaves anyway. I already had most of the ingredients, I just needed sea salt (which I borrowed from my sister when I went round to feed her cat). I like recipes without many ingredients!

I’m starting to think that Paul Hollywood is slightly evil. This recipe reminded of his scone recipe, my hands just got covered in sticky dough making everything difficult and my kitchen very messy. I think my loaves were probably about 2/3 of the size they should have been and the rest got scraped off my work surfaces, hands and bowl. I bet he thinks this is hilarious.

I love leaving dough to rise, the before and after always gets me a little bit over excited: 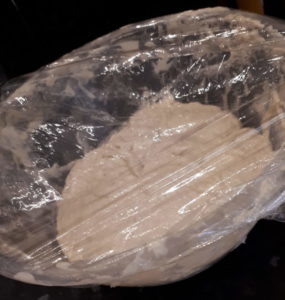 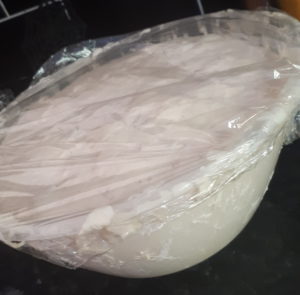 The airholes were so big and lovely as I was tipping it out of the bowl, very proud of these yeasts here. 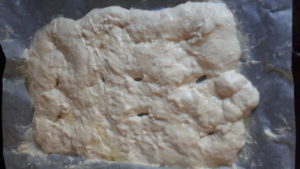 The smell of bread baking is wonderful, I really think I should bake it more often. Here’s one after baking: 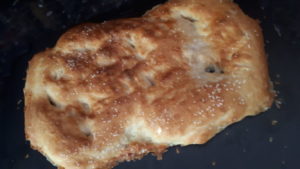 It’s not exactly the best shaped bread in the world, I’m sure Mary Berry would call it “informal”, but look at these holes: 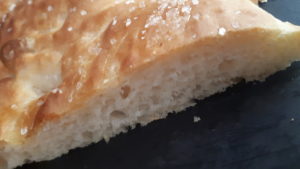 They were uneven and airy and looked exactly how they were supposed to. I was a little worried that it was too salty, personally I like it like that but maybe would put a little less on if I could go back in time. It tasted amazing when it was first out of the oven, but wasn’t quite as good a few hours after it had cooled down. This group of friends were also polite about the taste and pretty much all got eaten, so at least some of them must have liked it!

Next time I’ll be making brandy snaps. I’ve made these before so I’m hoping they work as well as they did last time. Maybe I’ll give myself a time pressure challenge for this one.